David Carson is perhaps the most influential graphic designer of the 1990’s. He has done work for the likes of Levi’s, Quicksilver, Nike, Yale University and more recently Barack Obama’s 2008 presidential campaign. However Carson did not set out in life wanting to be a graphic designer. In his early twenties, Carson was very in tune with the surfing sub-culture of southern california and throughout his life has remained an avid surfer, ranking 9th best in the world some years later in 1989. As well as surfing, he studied sociology at San Diego State University where he graduated ‘with honours and distinction’ in 1977. It wasn’t until 1980 that he had his first taste of graphic design, when he took part in a two week graphic design workshop which led him to re-enrol at San Diego State University to study graphic design. This was just the beginning of what would be an amazing career. 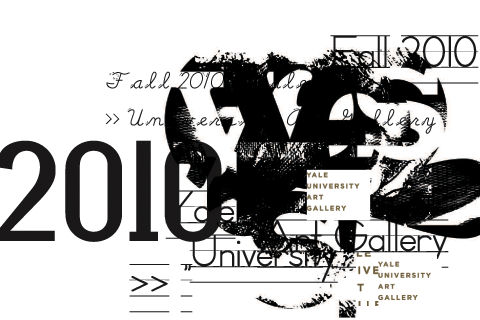 It was Carson’s interest in surfing which helped him break through into the world of design, working on publications such as Transworld Skateboarding, Beach Culture and How Magazine which all linked in with surfing. However it was Carson’s work with Ray Gun magazine which provided him with greatest recognition and earned him the unofficial title ‘Godfather of Grunge’. It was at Ray Gun that he was able to experiment with his own style of design, recognised now as ‘dirty’ type, which he could share with a much larger audience. Carson’s style complied with none of the standard practices of typography, abandoning all forms of grid systems and ignoring columns, headings and even page numbers for that matter. His designs were rarely legible, provoking the audiences eye to study his work in greater detail and really take in what they were observing. In one issue, he notoriously used Dingbat, a font containing only symbols, as the font for what he considered a rather dull interview with Bryan Ferry.

Carson’s unconventional approach was soon appearing everywhere from album covers to MTV, signalling the start of a worldwide movement, one that he himself could not have anticipated. Designers all over the world were trying imitate his style. It was in 1995 that he finally left Ray Gun to open up his own studio in New York, David Carson Design, where he is still currently working. He is seen as incredibly influential in the world of design, being described as ‘the most influential designer of the last 20 years’ by Newsweek and a ‘master of typography’ by Graphis Magazine.He was even named in I.D. magazines list of ‘most innovative designers’.

Carson is a truly inspiring role model, not only for budding graphic designers but for anyone striving to be the best in their field. In a Layer magazine interview with Carson, he is recorded saying “Do what you love, trust your gut, your instincts, and intuition” and goes on to finish the interview by saying “So find that thing, whatever it is, that you love doing, and enjoy going to work for, and not watch the clock or wait for weekends and holidays.”

Nearly twenty years on, Carson’s distinctive ‘grunge’ style is still being emulated amongst the designers of today and I can only assume it will continue for many years to come.